a bit of the weekend and...whine whine whine - anyone have some cheese?

the kindergartners got me. several sneezing everywhere, coughing everywhere. so, yeah. i got it. and i'm feeling very sorry for myself. i'm tired of being sick. it started hitting me on friday (so some of it could have been from my brownies on tuesday). on saturday we went to connie's and i was still feeling pretty much like a big ickfest. on sunday, i called pat and bob to let them know i was sick so pat could take her tamaflu (?). i was feeling better on sunday and greatly enjoyed seeing all of rob's family. it was a lot of fun. i did my best to stay away and i was washing my hands a bit like a crazy person. the food was good, the part was great and the company was fantastic. 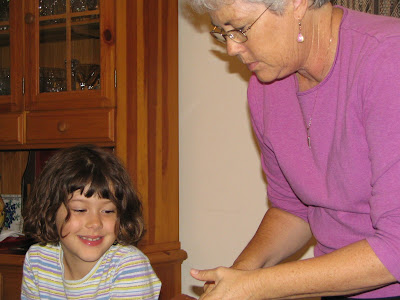 irene very happy to get a piece of yummy dense chocolate cake w/the best frosting on the planet. 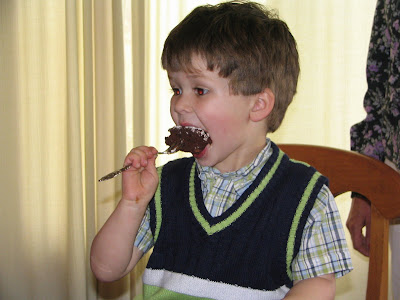 rhys thought it was pretty good too. 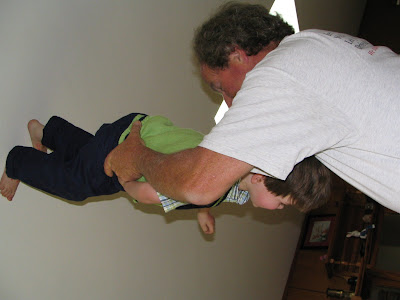 i still don't understand why the pictures aren't coming across correctly...so this looks like rhys is walking on the walls, but he's actually walking on the ceiling (thx to uncle john) 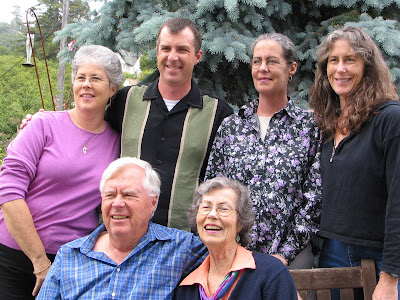 here we have:
debbie, rob, melissa, and connie. in the front are bob and pat
rob's the youngest of his sibs 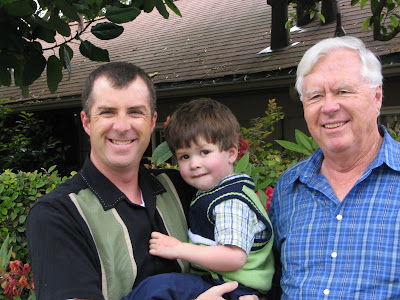 and here are three generations of de haan boys (men?)

we went home on monday and i still felt ickyickybobicky..and i still doo dadgummit. whine whine.

i'm tired of being sick. most of us in the house have been getting sick...rhys, irene, me...ugh. rob's had to deal with some of it too.

okay - enough whining. rob has a softball game tonight. hopefully we're all going to get to see him (it's an early game).

Here is what you do:

1. Get a babysitte.
2. Grab Rob and go to an authentic mexican restaraunt.
3. Order a large margarita with salt and ask for an extra shot of tequila.
4. Go home and pass out.
5. Wake up feeling like a new woman.