A few weeks ago, the kids and i went to cheer rob on in a 6:30 softball game. it had snowed earlier that day and we even went through a bit of snow getting to the game. We picked up something to eat at A & W. It was close and i really wanted something other than "chicken noggets" or "booger king" AND, best yet, we had a coupon. generally, when going to chicken noggets, the kids get chocolate milk. well, while A&W has some yummy kid dinners, they do not have fruit juice or chocolate milk (or milk of any kind, actually). what they DO have is Root Beer. The kids VERY rarely get soda - in fact, this might have been rhys' first time having soda. Irene was telling him that it wasn't beer with alcohol, they had taken the alcohol out of it. I explained that Root Beer had never HAD alcohol in it, so they didn't need to take it out. Rhys kept calling it beer. Irene and I kept saying, no no, it's ROOT beer. "OH! it's FRUIT beer! I *LIKE* FRUIT beer!"

This weekend was Rob's corporate challenge (i guess it's been going on for a while, but this weekend was the softball portion of it). We'd hoped to go and watch him yesterday and Rhys had it in mind that we'd get Fruit Beer while we were there (b/c that's what you GET at softball games in his mind). Well, we didn't get to see him play b/c Irene was feeling a little icky. we TRIED to get to the last game, but didn't get there in time. but i DID see *THIS* sign on the way there - it's just past UNR on Virginia. 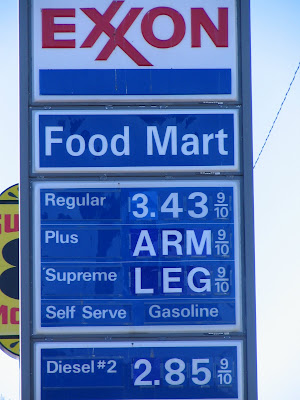 This morning we went to the game - they had to win in order to keep going - they didn't win, but the kids had fun. IGT got bronze medals. I was in preschool teacher mode with Rhys, Irene, and two other bitties (maya is 3 1/2, i'm not sure how old zack is). we invited them over to play with us - their moms were playing the game. they had a lot of fun. after the game, rob and i went over with irene and rhys to a free field. maya and zack came over to play too with the moms looking on. it was very fun. 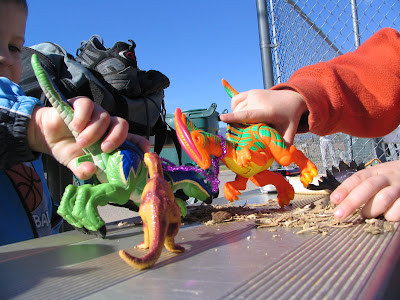 it's always good to bring dinosaurs. the dinos are eating the sun flower seed shells that were under the bleachers. don't think about it too much, you might feel a little sick...they WERE all dry though, so that's good. 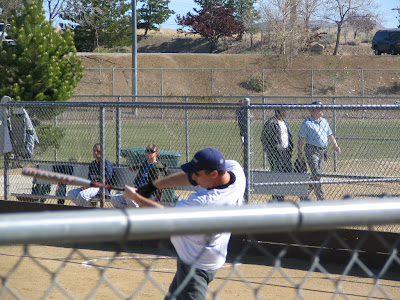 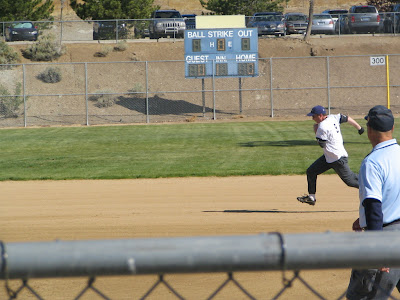 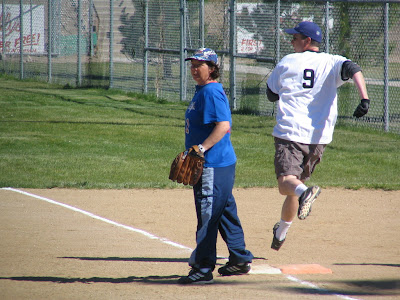 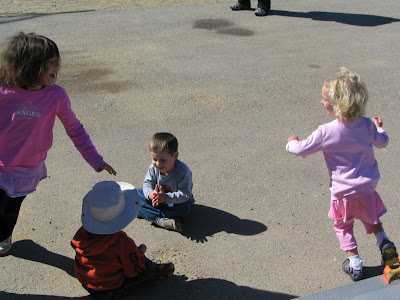 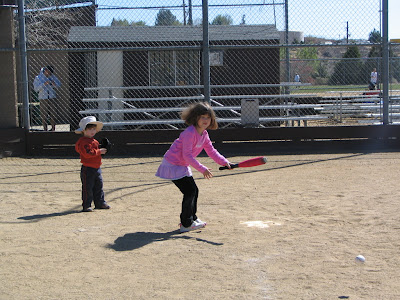 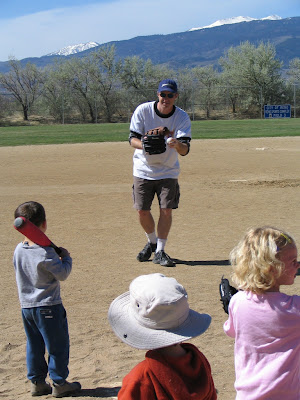 gaggle of kids. zack is hitting, maya is catching, and rhys is the back up catcher. 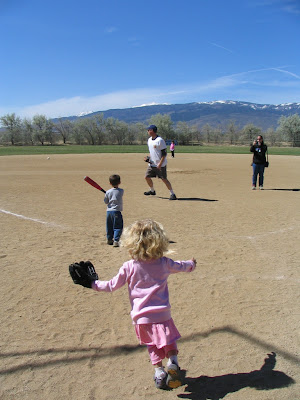 zack hit the ball - now maya and rob are running after it to get him out. i believe zack got a home run! 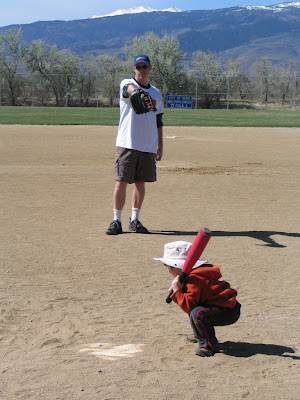 not sure whether he's being a catcher or a hitter - heh heh. he spent a lot of time sitting on 3rd base playing with the dirt *smile*

on the way home, we stopped by safeway and i got some fruit beer and ice cream. upon arriving home, i started feeling like i had whatever irene had had and crawled into bed (still feeling pretty iffy and will probably head back to bed soon). anyway, when i came down just a bit ago, rhys had his dessert - a "fruit beer float" "Mama, i like my fruit beer float!" irene is at a friend's house having dinner, so she missed out on it today (though i'm sure she's not suffering - heh heh). okay. that's it for now. going to take a hot hot bath.
Posted by Unknown at 6:50 PM

Fruit beer floats? Oh yum. I don't get soda either. :(

Gas is $2.79 here. It justified driving out of town this weekend.

Love the sign!
You're so cool to have a camera with you!

anna - heh - you know me. never know when that photo moment might happen. happily there was someone on the phone reminding me that i *should* take a picture of it!! 'fanx!